I am still proofreading and putting the final touches on the cookbook, and I’ve forced myself to stop putting new recipes in it. That doesn’t mean I’m not still testing recipes, though — for my own enjoyment, for future editions, because I sort of have an obsessive personality — and last night I was playing around with another version of Paest Royall, a 1545 pie crust recipe that I think every SCA cook has tried their hand at. I have started looking at post SCA period historical pastry recipes, which include quantities, and it’s been an interesting process. Amelia Simmons’ American Cookery (1796) happens to include a recipe for Royal Paste that I used as a starting point for this experiment. Of course, I needed something to fill the pastry with, so I made a batch of Frangipane with rose water for a more 16th / 17th century flavor profile. (Caveat: I have not thoroughly researched Frangipane, or come across a pre 1600 reference or recipe. Anyone have anything documenting its early history?)

It turned out lovely: 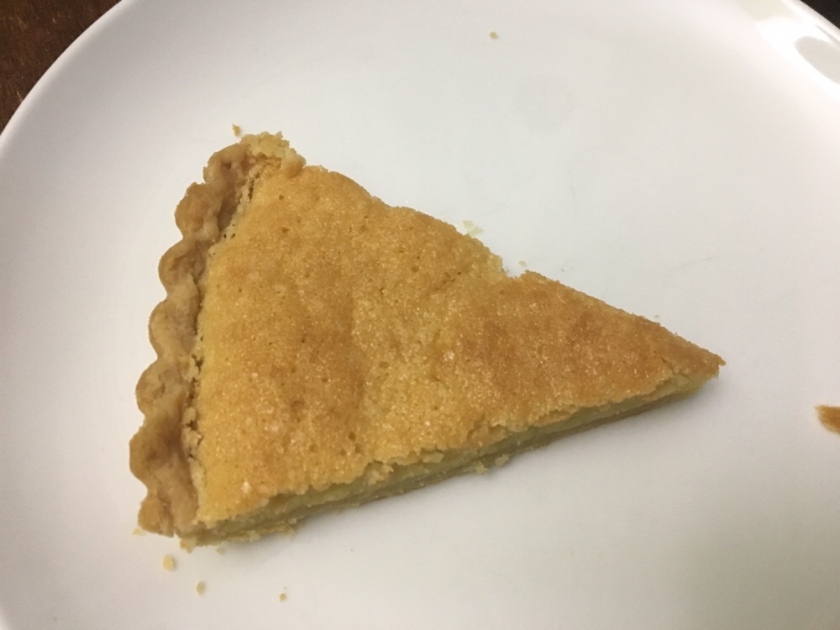 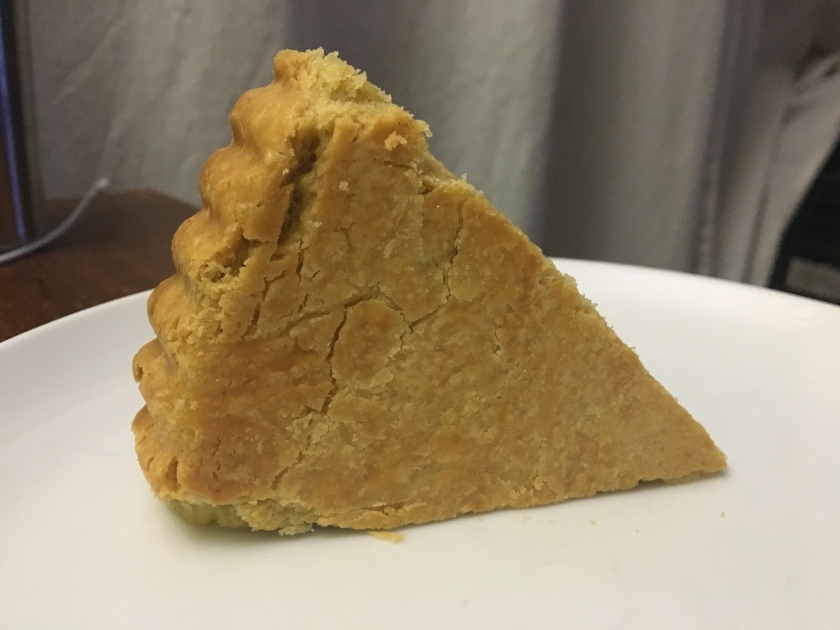 All ingredients should be at cool room temperature. Mix the salt into the flour, then cut and rub the butter in until the mix resembles wet sand. Incorporate the egg yolks, then add water a spoonful at a time and mix gently until the pastry comes together. Form into a disc and set aside while you prep the filling.

Cream together first three ingredients, then gently beat in eggs and rosewater until filling is smooth and uniform.

Roll out the pastry thinly and line a tart pan, pressing into the sides of the pan and trimming the edges. Pour in the filling and spread evenly. Bake for 40-45 minutes or until puffed and golden brown on top. Let cool before serving.