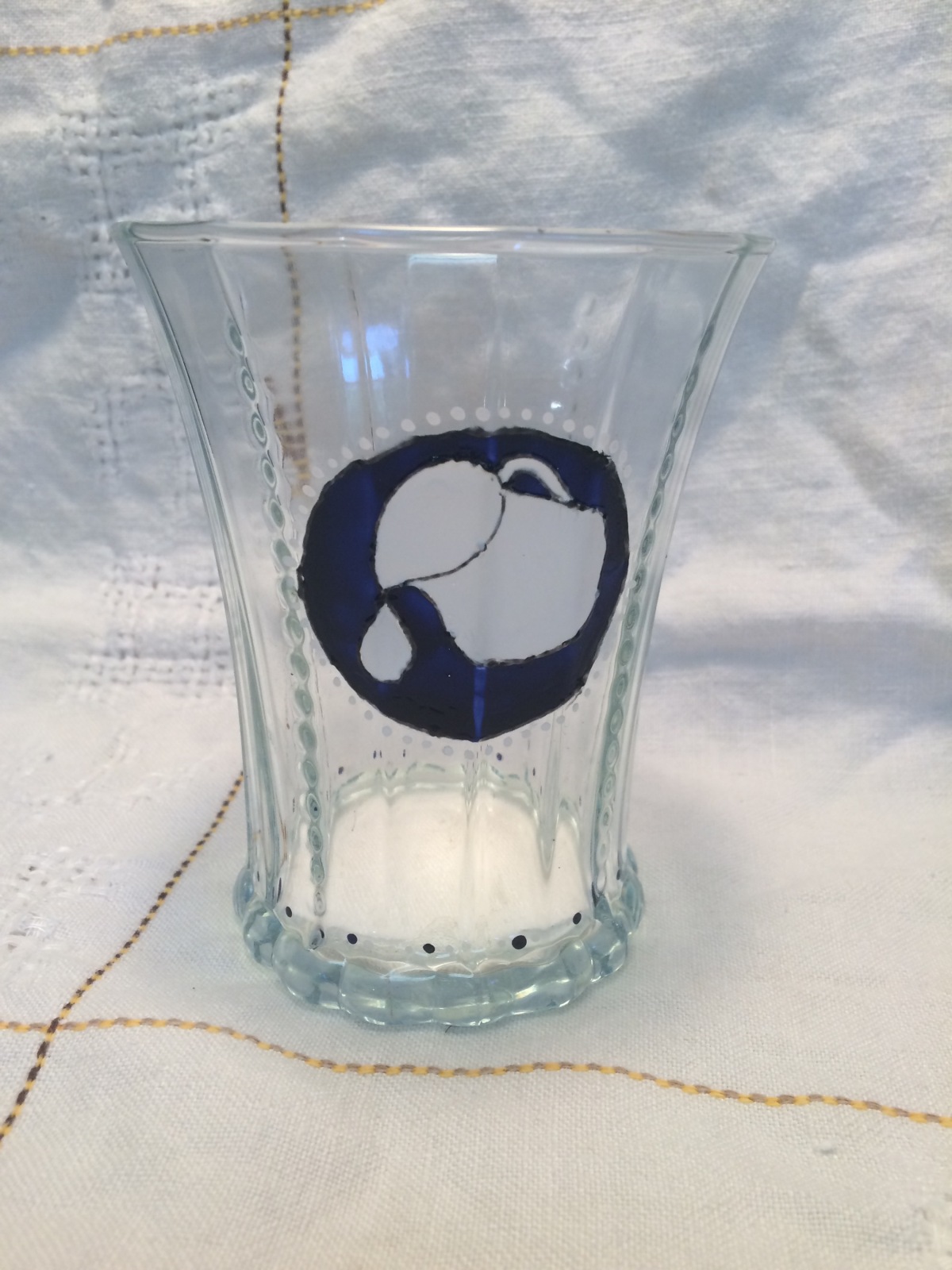 Here’s another relatively straightforward DIY project for you: a drinking glass based on Renaissance Venetian examples.

Side note: I remember reading (where? when?) that these were made in Venice as an export or even something like a tourist souvenir. So even if you don’t have an Italian persona I do think it’s possible that you might have known of or even owned enameled glass.

This project uses a modern craft supply, Pebeo Vitrea 160 paint. It can be painted on to glass and, after drying, can be baked to be made permanent. It’s easier to obtain and work with than actual historical enamel so it’s a good introduction for those just dabbling. I bought my paint at Blick Art Supplies for $6.99 per color.

Until recently, one would have had to make do with just a regular modern glass tumbler for this project. But rather unexpectedly, the Pier 1 company apparently decided that everything old is new again and sells a particular style of tumbler that is, I’m assured, remarkably similar to 15th century Ventian glassware. Isn’t that nice of them?

Here’s what you’ll need to paint yourself a glass: 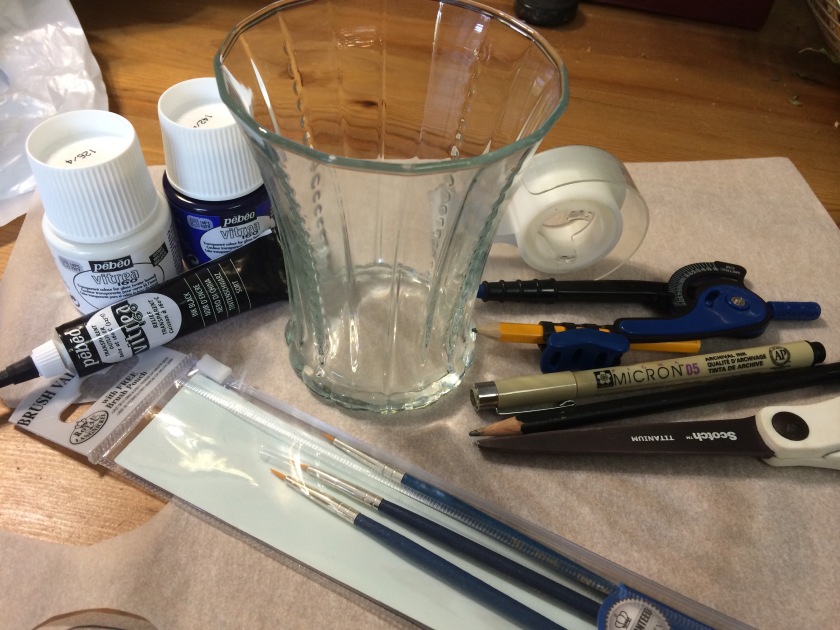 Because the paint is somewhat pricey and a little goes a long way, this project is well suited to making many cups with one motif. Here I am using my household’s badge, and plan to make more glasses just like this one.

Draw or trace your design, and cut it out:

Use tape to secure the image to the inside of the cup:

Now it’s easy to trace your design! The thicker Vitrea paint for outlining comes in 20 mL tubes. Blick did not have white, so I settled for black.

I found it was a pain to work with, and I practiced on my tracing paper to get a steady flow.

Even with practice and wiping off then completely redoing the design (before baking you can remove the paints with a damp paper towel), the finished product was not as neat as I would have liked, but I decided it was passable for a first attempt.

After removing the paper from inside the glass, you can start painting. For a translucent effect, you can dilute these paints with a thinner of the same brand. Since the original period reference looked fairly opaque, I skipped this step. Mix your paint well before starting and do one color at a time. (Again, this really lends itself to heraldry.) Use fairly small brushes and don’t mix media with your brushes. I just bought a cheap craft set of small rounds.

I found it helpful to use more rather than less paint to get it to go on smoothly, and to work quickly so the entire area that I was working on stayed wet. 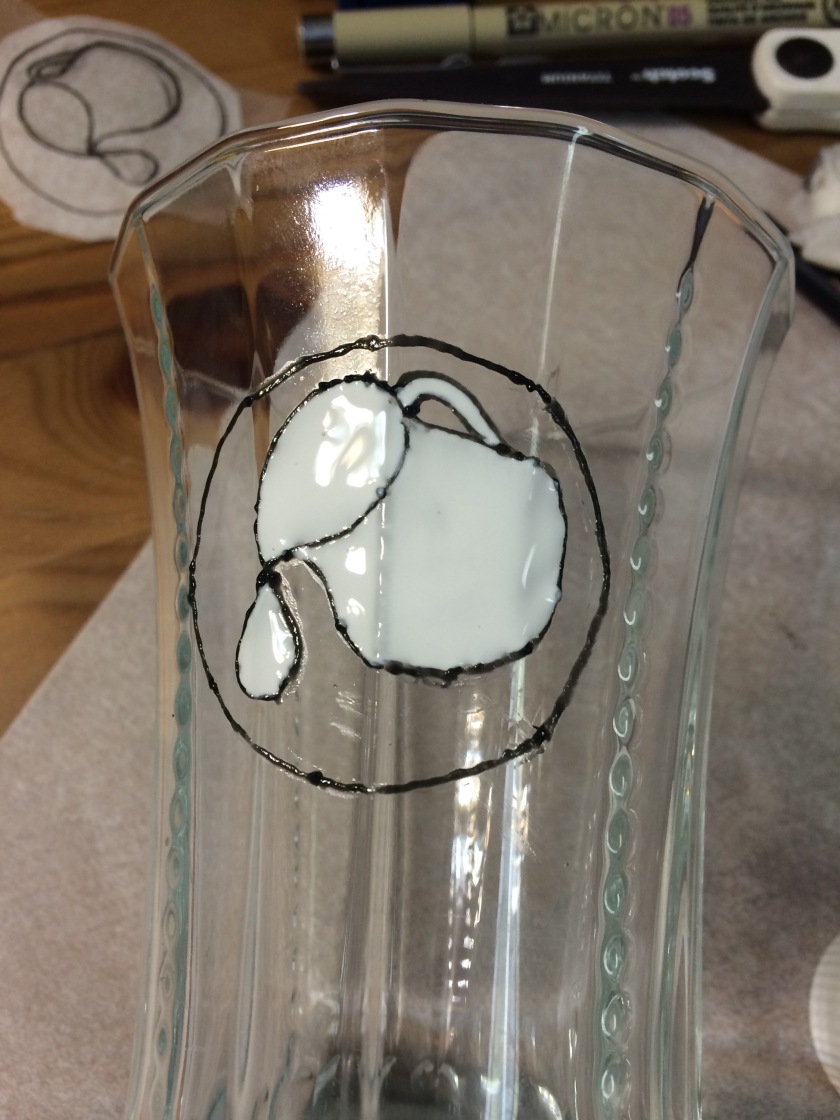 Once the white was finished I washed my brush and did the blue. 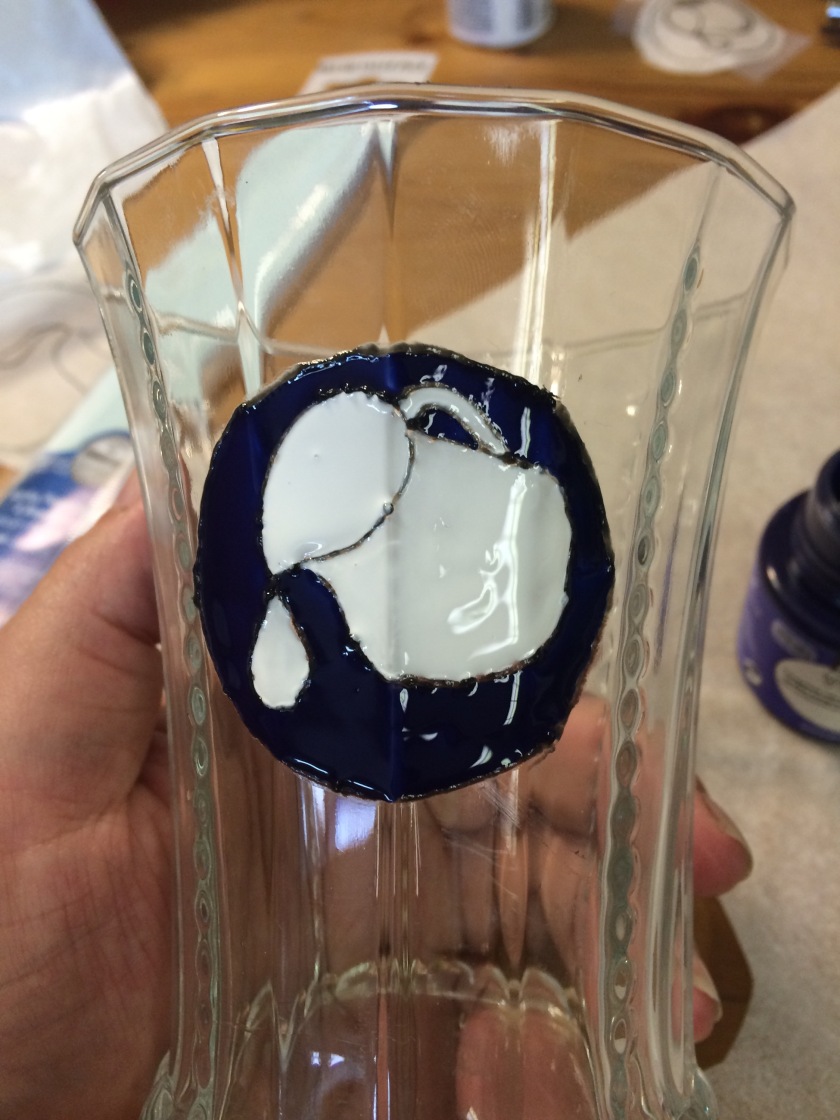 I then used the blue and white paints to make some very simple decorations around the rest of the glass. Obviously the original is much more intricate, so maybe that’s what I can aim for in the next version. 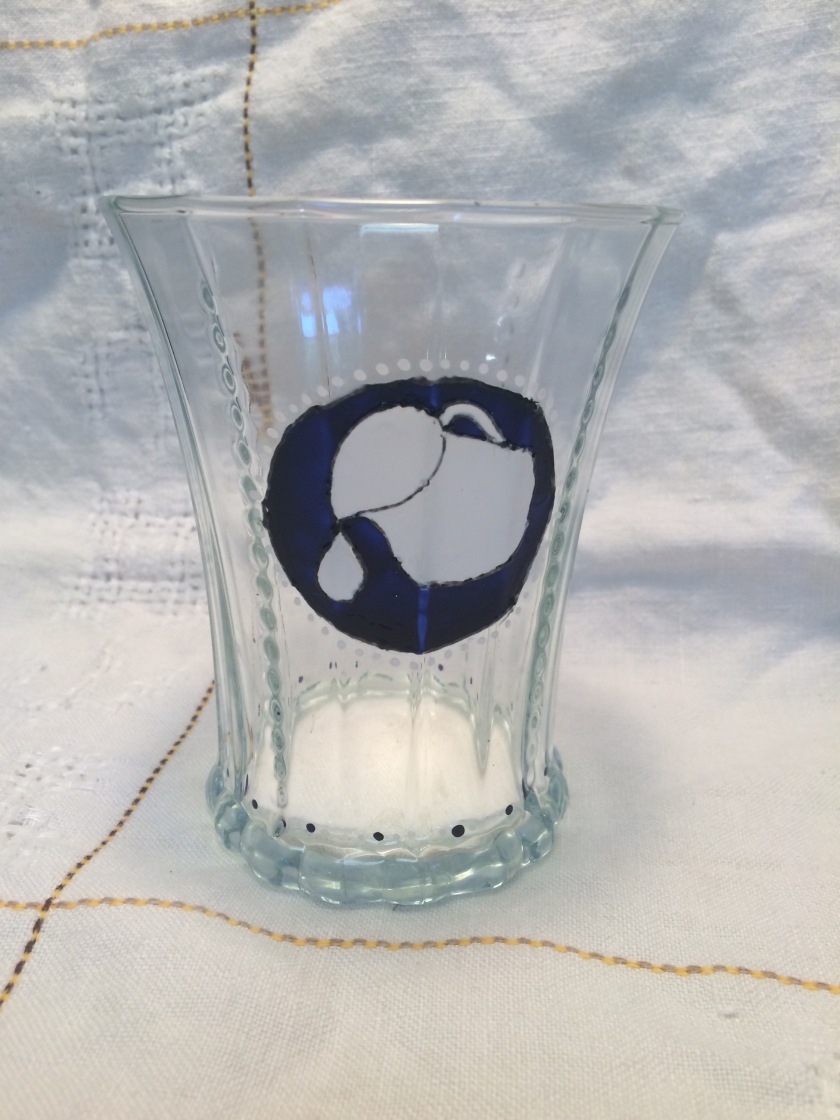